Whether it’s ‘Lord of the Rings‘, or a crime novel by John Grisham or Agatha Christie, or a best seller on beauty or fashion, buyers are going for books from the US or Britain as never before.  Even if they do not read English.  Throughout the world US and British publishers are taking over.  In Spain, ‘Lord of the Rings‘ by J R R Tolkien was the most read book in 2002, according to a study by the Spanish Publishers Federation.  It was followed by ‘The Pillars of the Earth‘ by Ken Follet, ‘Harry Potter‘ by J K Rowling, and ‘The Eight’ by Katherine Neville.  “After the US and British products, the most sold book in Spain is the Bible,” notes Seán Ó Riain, president of the European Esperanto Union, an Irish diplomat in Berlin.  So forceful is the English language entertainment industry that a 32-year-old candidate for the post of governor of Sverdlovsk changed his name to Harry Ivanovich Potter.

Seán Ó Riain follows the publishing industry closely.   “One reason for the popularity of the English language literature could be the long time needed before European publishers produce a translation.  The English original is in the shops up to two years before a translation finally appears,” says Ó Riain.  “I believe that many readers, especially the more enthusiastic, simply do not wait so long.”  The appetite for English literature is part of a larger picture, in which the use of English is generally increasing.  Films, television and schools are fields, where English has already gained a very strong position.  “What this augurs for the future of other languages is a question not limited to the book publishing industry”, argues Ó Riain.  “Politicians, linguists and sociologists – all are very keen to study a phenomenon of which the popularity of English books is only a small part.” 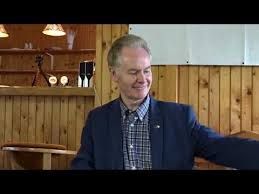 The switch to English in the book market is most noticeable in Scandinavia.  For several years the Swedish Language Council has been drawing the attention of politicians to the declining percentage of books published and sold in Swedish compared to English.  In many cases English language publishers use Scandinavia to test the market before trying to sell English language books elsewhere in Europe.  Increasingly the age of the English language readers is also falling.  Christian F. Moller, head of the Danish Booksellers Association recognises that English language provision is growing in recent years.  According to Moller even ten-year-olds are reading books in English.  “We see English everywhere and that is mirrored in the sale of books.”

A recent report from the Danish Publishers Association reveals that every fifth book sold now in Denmark is written in English.  The report is generally favourable about the national trend in book sales, but it also expresses concern that English language books are increasing strongly within an already saturated market, probably at the expense of lesser known or new Danish writers.  In Denmark 30 million books were sold in 2002, six for every man, woman and child.   Six million of these were written in English.  “Such a trend can undermine the Danish language.  This view is also held by several Danish language publishers,” notes Ó Riain from the European Esperanto Union ( www.lingvo.org ).  “If the trend for buying English literature increases further, then we certainly cannot underestimate the dangers.  It would be tragic, if Danes or Swedes follow the example of the Irish and write and read in English at the expense of their own language,” says Ó Riain, who strongly defends the Irish language.  “Nobody should be against learning foreign languages, but Europe must make certain that the maintenance of European languages remains a priority in all member-states.”