More than 100 years after it was invented, Esperanto is spoken by relatively few people.      But the internet has brought new life to this intriguing, invented language.

In a small house in north London, six enthusiastic young men are having their weekly language lesson.  They are taking part in a 130-year old tradition that has survived war and scorn, chaos and oblivion, Hitler and Stalin.

They are not getting some practice in before a trip to a foreign country. The language they are learning will probably never help them get a job or buy groceries on a city break abroad – most of them only get to actually speak it once a week, in these lessons.

Yet, it is a full-fledged tongue, complete with poetry and profanities. Since it was first proposed in a small booklet written by Ludwik L Zamenhof in 1887, it has evolved into the quintessential invented language, the liveliest and most popular ever created.

But, many would tell you, Esperanto is a failure.  More than a century after it was created, its current speaker base is just some two million people – a geeky niche, not unlike the fan base of any other obscure hobby.

So why are more people than ever trying to learn it? 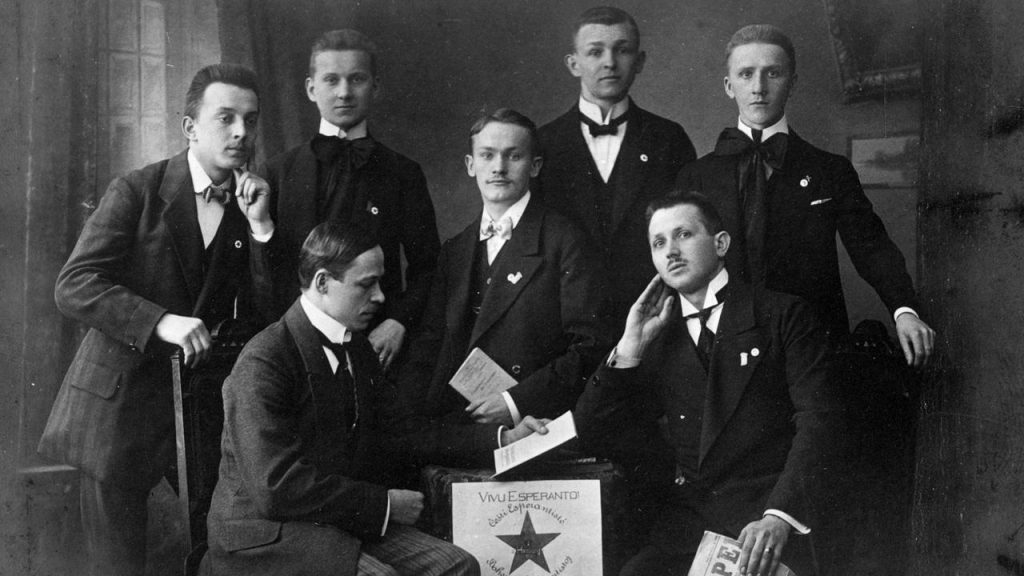 From the League of Nations to Speakers’ Corner

Esperanto was intended to be the second language of the whole world, the only one people would learn other than their own.  That’s why it is very easy to learn: all words and sentences are built from 16 basic rules that can fit within a sheet or two of paper.  It doesn’t have all the confusing exceptions and modes of other languages, and its lexicon is borrowed from words in English, German, and some Romance languages, like French, Spanish, or Italian.

It was once seen as the language of the future.  It was featured in the Exposition Universelle of 1900, in Paris, and soon caught wind among the French intelligentsia, who saw it as an expression of the modernist ideal of improving the world through rationality and science.  Its regularity and ruthless logic fitted this world view – they were thought of as a more optimal tool for communication than ‘natural’ languages, all wrinkled with oddities.