Reading Esperanto without prior study

How much would a person not knowing Esperanto understand from a newspaper article in Esperanto?

As pointed out in a comment, the reason for that might lie also in population bias, for:

Would native speakers of certain language learn Esperanto much faster than the others?

Since Esperanto has an a-priori grammar (see below for explanations!), learning the language itself is similar for everybody irrespective of their mother’s tongue.

The grammar of Esperanto is well balanced, so that if Russian native speakers might have less problems to understand the system of active and passive participles (naturally existing in Russian), the speakers of Romance languages have much less problems with a definite article la that does not exist in Slavic languages.

Speaking about vocabulary, one needs to admit that speakers of Romance and Slavic languages have some advantages in memorizing Esperanto words, as they often resemble words that exist in their languages (international lexis, see below).  However, since “internationalism” is just one of several principles of Esperanto vocabulary (see below), learning the correct spelling of the word is required for everyone.

To be honest, native speakers of Asian languages, especially those employing a different writing system (Chinese, Korean) might require more time to learn Esperanto, because they need to get used to the new alphabet.  But from my experience, all Asian students already knew at least one European language and were past this step.

If we compare, however, learning Esperanto as a second language vs. English as Second Language (ESL), the former requires about one eights (1/8) of the learning time to reach the comparable level (meaning that the level that one reaches in English in 2 years can be reached in Esperanto after 2/8 = 1/4 years).

How is Esperanto similar to natural languages?

But talking about similarities between constructed and natural languages, one should understand two basic principles of language design:

Esperanto is a constructed language with a-priori grammar(not similar in any way to any existing language, i.e. created completely from scratch), and a-posteriori vocabulary (every Esperanto word, except those derived directly from grammar constructions (like ina, ree, arigi etc.), has an origin in an existing language).

Despite being an a-priori language from a grammatical viewpoint, the only pure a-priori part here is the so-called correlatives (tiam, kiam, iam…), the other affixes are usually selected so that the resulting word sounds similar to a word or affixes existing in natural languages (like -ar- for grouping, similar to English arity (unary, binary, ternary) etc.), hence even memorizing these affixes is usually very natural for speakers of any major Romance language). 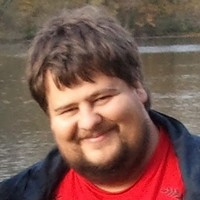 Principles of Esperanto vocabulary and similarities

The vocabulary of Esperanto is, in its turn, based on the so-called international lexis, i.e. the words used in most of the languages (both as inherent and borrowed).  This is somewhat similar to the concept of “common denominator” in mathematics, for these words are known to representatives of many nations, either directly (with the same meaning) or indirectly (as foreign words or parts of borrowed words).

Let me give you some examples now.

Nation is nacio in Esperanto, and many words derived from its root [naci-], like inter-nacia, naci-isto, naci-ismo are understandable for me as a native Russian speaker (and definitely to English, French, German, Spanish and Italian speakers too).

Looking at the first word, inter-nacia, you can see that in Esperanto you can use this pattern to derive further words, like inter-urba (something going from one city to another, a “long distance” [e.g. train, call, taxi]), and again I know the root urb-(=city) from other borrowed words in Russian, like ‘urbanization’ (this is an example of that “international lexis”), even though the word “city” is completely different in Russian (gorod).

“Internationalism” is not the only principle of Esperanto vocabulary.

Another principle is simple pronunciation, that makes some words get “crippled” to fit into Esperanto vocabulary: bread => pano (most likely from Italian “pane”, but also French “du pain”), sausage => kolbaso (from Russian “kolbasa” etc.).  If several international words exist, the one with the simpler pronunciation for most of the nations is selected (compare pano vs. bredo).  Sometimes it leads to Esperantization of quite unexpected words, like bulko (=bread roll or loaf).

One more principle is avoidance of homonyms.  Hence “planet” is in Esperanto planedo, not planeto, that could also be understood as plan-eto (= small plan).

The latter principles make Esperanto sound or write less similarly to natural languages, but they contribute to its other features, like easiness to learn and pronounce, comprehension (both written and speaking) etc.

Alexander Galkin ,  August 2016, writing in response to the subtitle’s question.

Dr Galkin has described on the internet how he became an Esperanto speaker – twice:

“My father read about it in a chemistry magazine when I was a toddler and he was really thrilled by it.  He used it with me for some time and it became one of the first languages I was able to comprehend as a child.

Then, following the divorce, I got separated with my father for long 16 years.  I lost the language, but I still retained its name and wanted to learn it one day.  But all  my attempts to find any textbook or dictionary were futile; no library I ever had membership in had even a single book in Esperanto.

Once Internet started penetrating Russia, I returned to my search and all of a sudden I found tons of materials.  It took me 44 days to (re)-learn Esperanto from scratch up to the level of a fluent speaker, and this was mostly like “remembering how it is said”.  It felt very natural and I picked up the grammar and vocabulary from the first occurrence.”