Click here to Learn Esperanto for the Belfast Congress !

Hundreds coming to the Belfast Congress ...

Welcome them in Esperanto - Put everyone fairly on the same footing

How do I learn it? 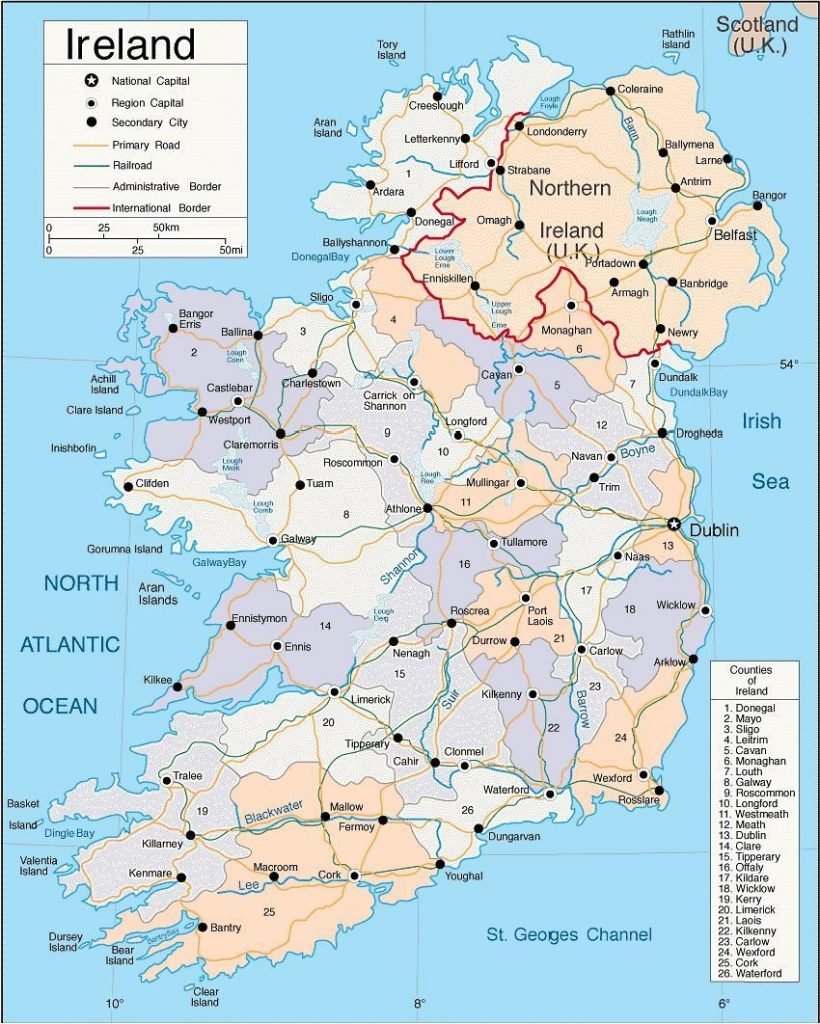 Welcome to Internet Pages from the Esperanto Association of Ireland (EAI) 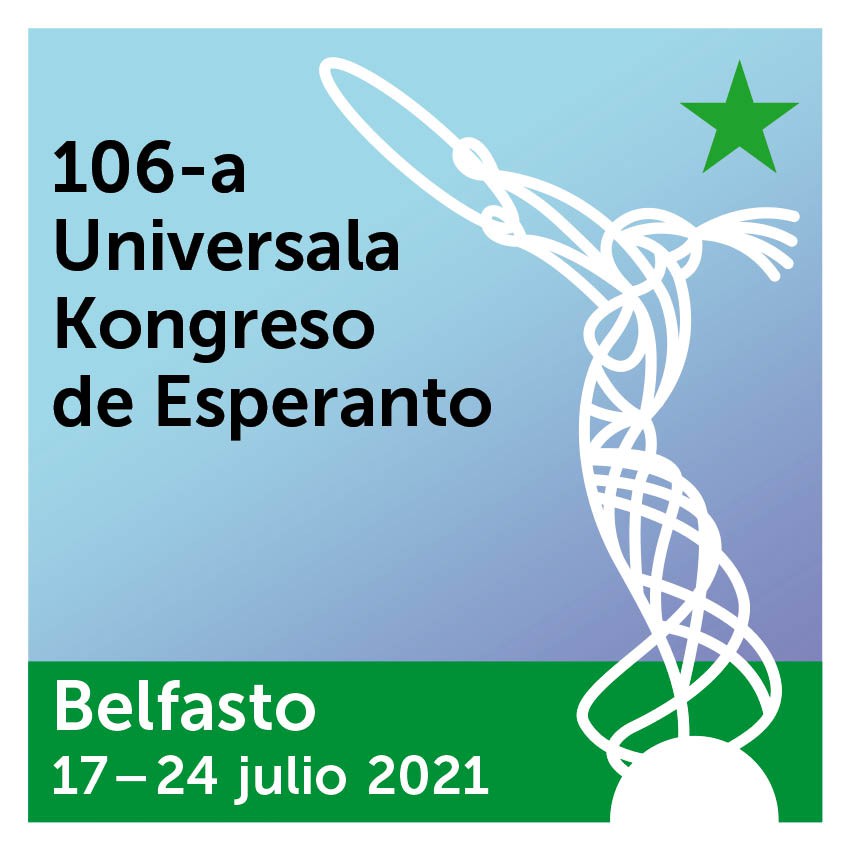 Esperanto holds its annual world
congress on the island of Ireland
for the first time!

The Universal Esperanto Association, which organises the World Esperanto Congress each year, has chosen Belfast as the host city for 2021.

Come and join in the fun.

Esperanto is a supra-national language, designed to be easy to learn and use.  It belongs to no single country, so no national language or group of countries gain any political, commercial or cultural advantage from its use.

What is the Esperanto Association ?

The Esperanto Association of Ireland was founded in Dublin in 1905.  It represents speakers in the whole of island and promotes the study and wider use of the language.  It publishes currently a bi-monthly bulletin.

Where is Esperanto used?

It is used by at least a million people but they are spread thinly across a hundred countries.  Despite two separate recommendations by UNESCO only Hungary teaches it officially in schools. The bigger languages oppose this.

why does the EU not try it ?

The current EU constitution promotes only languages belonging to member countries.  It will need a special decision by EU institutions to allow any trial of Esperanto and that will require member countries to agree first.

What makes Esperanto easy to learn ?

Learning any language requires study, time and practice.  However Esperanto has no irregular verbs, nouns, spelling or anything else.  It builds words in a logically consistent intuitive way, yet is expressive and sonorous.

Where can I find out more ?

The internet has vastly extended the Esperanto world.  Wikipedia provides facts, Youtube music, blogs and talks, Duolingo and Lernu! free interactive courses, Google Translate does quite well and Amikumu helps find your nearest speakers.  This site has courses too.

Keep in mind that Esperanto is intended for world-wide use.  It is a second language for everyone, simply constructed but with unlimited possibilities.  It’s not a rival or replacement for any current languages, but a protector for their survival.

Esperanto is designed as a global language.  It has to work for more than just speakers of English, French, Spanish or German.  Everyone needs to feel it is their language.

Don’t worry.   Most Esperanto speakers think only about the vocabulary side.  They usually just take Esperanto’s word-building as a refreshing challenge, indeed as unexpected fun compared to English or French.  And they certainly don’t need to know anything about how Turkish or Chinese works.  With respect, that’s for Turks and Chinese and students of their languages.

And the fun . . .   English cannot move from ‘dine’ to ‘dinner’ without adding an extra ‘n’ and changing how it pronounces the ‘i’.   Unlike moving from ‘mine’ to ‘miner’ for example.  English cannot use the model of ‘I whitened my shoes last night’ to create the sentence ‘I will blue-en my boots tomorrow night’.   Esperanto can do just that!   It encourages playing with its ‘bits’, having fun with them.  If the rules are followed, Esperanto will not let players down.  And you will be understood.  Maybe you’ll even earn a smile.  And it’s just as important to avoid embarrassment.  Esperanto avoids idioms almost entirely.  In this respect Esperanto is quite unlike English or French or modern Greek for that matter.  So if you say in Esperanto that someone ‘has dug his own grave‘, you would mean just that.  In a transnational context such ‘a spade is a spade’ plainness is important for unambiguous communication.  And that is Esperanto’s purpose.  Of course, people have created excellent poetry as well.

There’s just one way to pronounce each letter, only one place to put the stress accent in a multi-syllable word, only one way each for making nouns, verbs, adjectives and adverbs. The same one letter / sound makes a plural.  There’s one word for saying ‘you’, etc.  Traditionally there are just sixteen rules.  However in practice Esperanto speakers over the years have explored ever more fully the implications of these rules.  Esperanto develops just like any other living language.  Yet since earliest days there has been a single influential authority to advise on best practice.

Esperanto is a recognised member of PEN International and has in its short life already produced two outstanding poets.  Top novelists take longer.

[1]
Esperanto has a group of 45 inter-related words, called correlatives.  Often these give newcomers some bother, as no other language has such a complete system, logically constructed.  However one can admire such a system without rapidly acquiring mastery of it.